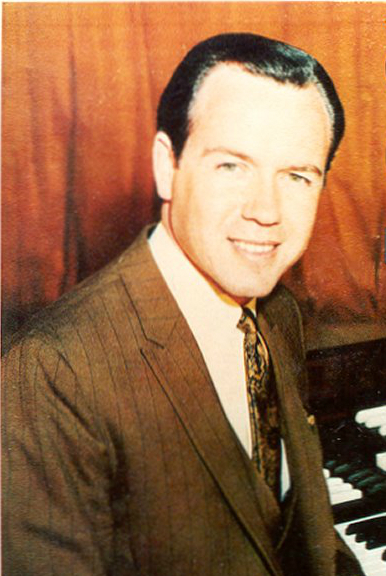 David Davis was converted at the age of 9 years. While just a boy, at this early age he told his mother that when he was old enough, he was going to play the organ for Brother Allen under his big tent. Not many years thereafter, God made that dream a reality.

Thousands who attended the A.A.Allen Revival campaigns, or who listened to the Allen Revival Hour over the radio, declared him to be one of the greatest Gospel organists of this age.

The style which characterized the playing of David Davis was possibly unsurpassed by any other artist in the field. It was readily adapted to almost any type or kind of Gospel music. His musical repertoire ranged from the formal classic organ hymn playing to that of accompanist to some of the largest colored choirs and special singers of Negro spirituals and classics.

The secret to the success of his music was the fact that the Lord anointed him to play and blessed the hearers through his playing. People received miraculous hearings in the A.A.Allen revival services, as they listened to the Spirit anointed playing of this young man.

Under the A.A.Allen Revival ‘Big Top’ tent, the audiences were favored with all types of music from the highest of the classics to the ‘so called’ Gospel Folk music, referred to sometimes as ‘Gospel Hill Billy’. No matter what type of singer was being used to bless the audience, he or she always found that David played a suitable accompaniment for him or her.

David claimed to have had no specialized training in music, though he had spent years in perfecting this talent which he asserts, “God just gave it to me, through His Holy Spirit.”

Possibly this young man’s greatest joy and blessing came from leading thousands of people in joyful praises unto the Lord in song, on the Hammond organ, as the multitudes under the Allen Revival tent joined in the rhythmic hand clapping to spiritual hymns and anointed singing to the praises of God.