I would consider it an honor to have you print my e-mail on your website: 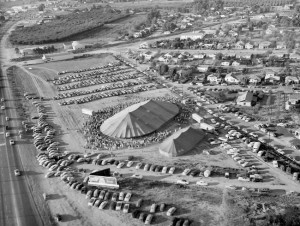 Just to let you know that I received the cd’s you sent me and also the replacement cd that you sent. I have listened to 10 or so complete, some several times and have found them to be outstanding. I am thrilled to hear the familiar voices and music sounding much better than the original LP’s of old. I now have my complete set of the recordings I once had on LP’s. It is almost like sitting under the big tent and hearing it again live.  When Bro. Allen is singing and praying for the sick, it is almost like I am still there on the ramp with him assisting him as he ministers to his people in need of a touch from God. I cherish the moments that I was able to be so near to the action I knew was going to happen. I saw many healed and several demons cast out during my times with Bro. Allen.

My next door neighbor came in while I was listening to the CDs and said he could “FEEL IT” when he came in the door. After listening to them for about an hour, he said he had needed what he got from listening to the music and messages on the CDs. He was depressed when he arrived but in good spirits when he left.

I am more than pleased with the work you have done restoring the records and look forward to ordering some DVD’s to enjoy also. I really miss those days of “revival” under the big tent and the prayer tent also.

I hope this is the beginning of a long friendship as I was so delighted when I discovered that I had contacted not only someone associated with Rev. A. A. Allen but his son. This is great and makes me so happy.